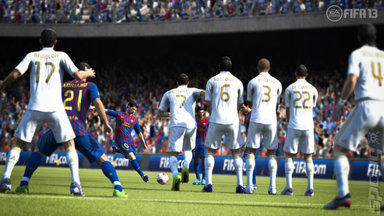 FIFA 13 will, ideally, not be hackable. That's comforting and suggests a stronger defence than, well, Manchester United's in its first game of the 2012/2013 season. Anyway, EA Games president Frank Gibeau has been talking security and lack of in its forthcoming soccer title.

Speaking at gamescom, Mr Gibeau pointed out that, "We learned a lot from the experience (of the 'FIFA Hack'). A lot of companies are suffering from this right now. There's a lot of sophisticated hacking happening in the gaming industry and it's a continuous battle."

He is, however, refreshingly and honestly realistic, "You're never going to win this battle. The moment you declare victory, somebody will walk in and show you didn't. So you have to continuously stay on top of it and, most importantly, keep account integrity the first and foremost issue."

Worried about hacking and your games? Talk about it in our Free and Friendly Forum.
Companies: Electronic Arts
People: Frank Gibeau