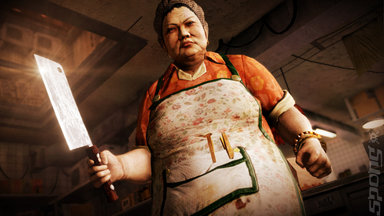 E3 2012
The Olympics are over. We can all go back to hating each other and tearing chunks out of each other with weapons. Yes, Square Enix and United Front Games' Sleeping Dogs is at the top of the Chart-Track Gfk All Formats chart this week.

"While taking the No1 spot it also becomes the sixth best selling game on first week sales in 2012. It means Nintendo's much anticipated New Super Mario Bros 2 has to settle for No2 spot, a still impressive achievement as the title is only available on 3DS. It also matches its predecessor New Super Mario Bros which hit the charts at No2 back in Week 26 2006. With the curtain coming down on the Olympics London 2012: The Official Video Game (-37%) slips to No3 on the podium.