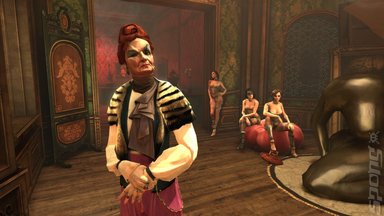 "We?ve been compared to Assassin?s Creed a lot - mostly when the trailer came out. Like, [people were saying] Dishonored looked like a dark version of Assassin's Creed or something," Colantonio explains. "On the one hand I understand it, because I think people need references. Whenever something new comes up, people have to label it and say, ?oh, it?s just like that? because it?s comfortable.

"However, when you get to play it, you'll know that it?s very different from Assassin's Creed. Our game is all about simulation - it?s more systemic, there?s very little [that's] scripted... And there are other differences too. One?s first person, the other isn't... so it doesn?t bother me. I understand it, the fantasy element is very similar because you are an assassin in both games, but that?s about the extent of it."