SNK on the comeback trail. 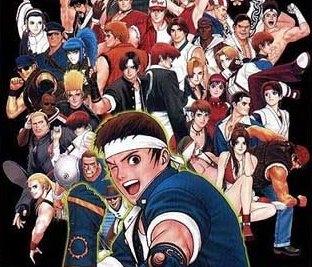 Everything went quiet over the past month or so regarding SNK, the company?s games, and the future of all its properties. We uncovered the fact that Crawfish Interactive had to halt talks with Capcom on the possibility of developing a portable version of Capcom Vs SNK due to the owner of the SNK characters being impossible to determine.

All the time this was going on, a Korean company was in the process of making King of Fighters Online, a KOF-themed online RPG fighter. All very strange.

The point was that SNK's massively loyal and arguably overly-obsessed fanbase was in the dark as to whether it would get to see any new games from the company?s standard-setting hardcore portfolio.

You will be pleased to hear that, against all expectations, all is well with SNK.

The company has been split into three divisions, SNK Neo Geo Japan, SNK Neo Geo Hong Kong, and SNK Neo Geo Korea. The Hong Kong-based operation is a re-established version of the Hong Kong office that SNK closed back in 1999.

Pachinco game manufacturer Playmore has, as we reported as rumour some weeks ago, acquired all the intellectual properties of SNK from the receivers at defunct Aruze, another Pachinco company that bought out SNK in late 2000.

In an announcement made by the new Hong Kong office, it has emerged that SNK will release five arcade games and bring to market at least two home console games in the next year. The first arcade title, as yet unnamed, will be released in February. The company stated that it will continue to support the Neo Geo AES system, as well as look to all next generation consoles for future releases.

Other news in the statement said that a completely new fighting game will be released in May in the arcades.

Eolith has been commissioned to create King of Fighters 2002 and SNK will host an All-Asia KOF 2001 tournament later in the year.

As we reported a few months ago, Mega Enterprises will be releasing Metal Slug 4 later in the year for Neo Geo MVS and AES systems as well as next-generation consoles.

Pleasingly, the company will be releasing new versions of Garou: Mark of the Wolves and, to the surprise and delight of millions, a new game in the Samurai Spirits/Shodown series!

Full updates as we get them.