SEGA hangs on to that official top spot 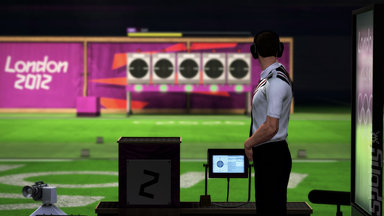 The Olympic circus has moved on to Rio. Jessie J has folded her nude suit and put it away. Daily Mail readers will shortly be returning to slagging off people like Mo Farah and Jessica Ennis. But this hasn't stopped SEGA retaining the top spot on the Gfk Chart-Track All Formats game chart with London 2012: The Official Video Game of the Olympic Games.

The rest of the chart is equally as static, as Chart-Track explains:

"It?s a third gold for Sega as ?London 2012: The Official Video Game? (-9%) holds on to No1 in the All Formats Chart for a third consecutive week.

"In another quiet week for new releases with most people on holiday or watching the Olympics on TV, the top four all remain the same. In fact the Top 3 has now remained unchanged for three weeks with ?Lego Batman 2? (-20%) at No2 and ?Mario & Sonic at the London 2012 Olympic Games? (-9%) at No3. ?Batman Arkham City? (-20%) stays at No4 ahead of ?The Amazing Spider-Man? (+13%) which climbs 2 places to No5 (PC version new this week) guaranteeing a super hero/Olympics clean sweep of the Top 5."