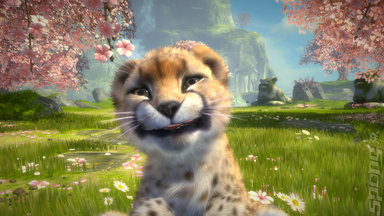 Lost Winds, Kinectimals, Elite: they all have David Braben in common. David Braben set up Frontier Studios. It's based in Cambridge in the UK. Both the studio and its founder have been at the forefront of the UK games industry. Now Frontier is setting up a new studio... in Canada.

Given the tax breaks and other incentives offered in Canada, this is a sensible business decision. It is not, however, massively helpful the the remaining pool of talent in the UK. Writing about the new facility, David Braben states:

"We are excited about opening an office in Halifax, our first outside of the UK. The studio will be up and running during August, collaborating with our teams in the UK. We are looking forward to working together with our new colleagues, integrating quickly into the Halifax area and making a positive contribution to the Nova Scotia business community."

For his part, David Walsh, Frontier?s COO and President of the new Frontier Developments is more to the point:

"Halifax has been on our radar as an attractive geographic and commercial environment within which we could create games since we met Nova Scotia Business Inc. a few years ago.

"The local universities produce talented graduates and the area is home to a growing cluster of indie developers, tech and media companies. This helped us to quickly establish the foundations of our studio in Halifax with a team that has a great mix of skills to complement our people in the UK, and expand our overall capacity."