Kratos comes with a month's free PlayStation Plus. 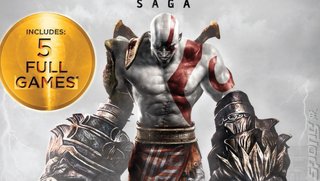 Sony has revealed details of a brand new God of War collection for PlayStation 3, as well as a collection pack for Insomniac's open world action game inFAMOUS. Both are set to arrive on PS3 in North America on August 28 and cost $29.99.

The inFAMOUS Collection nets you inFAMOUS, inFAMOUS 2, inFAMOUS: Festival of Blood and a bunch of extra missions, character costumes, power ups and weapons.

If you don't want to grab the entire collection, you can hand-pick each HD-remastered title from PSN (minus the extras) after the launch of the Blu-ray editions.
Companies: Sony
Games: God of War God of War 2 God of War III God of War: Chains of Olympus God of War: Ghost of Sparta inFAMOUS inFAMOUS 2