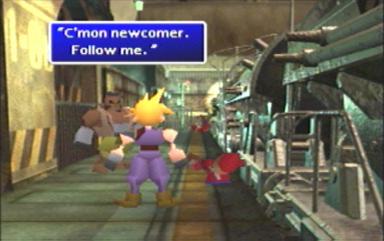 Final Fantasy VII fans had a slightly confusing weekend when they noticed that the planned PC re-release of the 1997 classic was made available for purchase... then suddenly removed.

The game was pulled from Square Enix's digital store after being offered for $12.70, due to DRM woes. Forum users that were quick enough to buy the re-release have discovered that they couldn't access any of the game's content. SecuROM DRM servers have failed to authenticate, no matter how many times these users try.

So, it's with no mention at all that the publisher has removed purchase links to the game. Whether this is a case of a game releasing earlier than planned, or if it will return shortly after the DRM issues are fixed, remains to be seen.