New Army of Two is The Devil's Cartel

In development at EA's Montreal studio 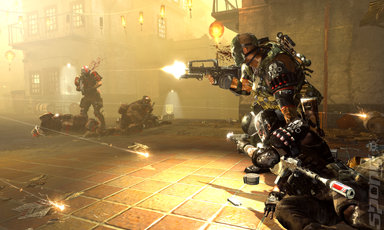 Army of Two: The 40th Day
Army of Two may not have set the world on fire thus far, but it has a bit of name recognition and so we're getting a third game in the series. This one will be called The Devil's Cartel.

Due in March next year, the game is in development at Visceral Montreal (which you may otherwise know as EA Montreal) with the Frostbite 2 engine.

Set in Mexico, the game features two new protagonists - Alpha and Bravo. You will, however, get the opportunity to find out what happened to Salem and Rios. The game will also be marked by a shift in tone, with a more 'mature' storytelling style.

This comes via Game Informer, where you can find a splash of art to look at if you care to.