Red Dead Redemption called out for not having replay value. 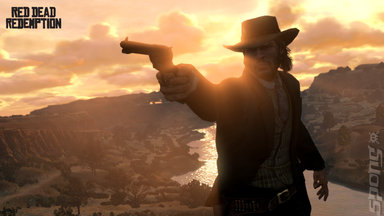 What is "replay value" to you? For former LucasArts creative director Clint Hocking, it should amount to more than a mere "New Game+" mode upon completion. He feels that developers sees the meaning of replay value as 'multiple playthroughs', and is a little bit annoyed at that fact.

"I think we need to dismiss the idea that replayability is a measure of how far players progress, or how many times they replay a game all the way through," Hocking wrote in an opinion piece on Edge. "Red Dead Redemption was highly replayable, but I?d be shocked to learn that more than 40 per cent of players got to the end, or that over 10 per cent got all the achievements.

"When faced with such numbers, it?s hard to refute the idea that the game isn?t replayable enough." Calling out Rockstar, eh? Bold.

Of course, Clint's just trying to make a point. "In a theoretical sense, I think the best predictor of replayability is the depth-to-exhaustibility ratio. By ?depth?, I mean specifically the degree of rich interconnection between well-balanced systems. And by ?exhaustibility?, I mean the degree to which a game relies on static content to deliver a message."

Agree with that? Disagree with that? Understand any of that? Let us know in the comments area below.
Companies: LucasArts Rockstar
Games: Red Dead Redemption