Bayonetta 2? Kamiya Would Prefer to Make a Viewtiful Joe Sequel

But the director does talk about a Bayonetta sequel. 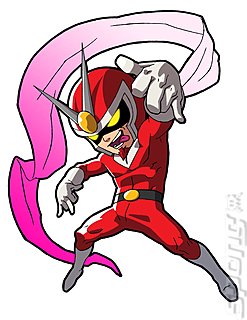 Bayonetta 2? Well, we all know how wobbly that is right now. Platinum Games director Hideki Kamiya instead would like to make a sequel to one of his other creations, Viewtiful Joe.

The charismatic creative told Japanese magazine Famitsu that, if he was given the chance to make a sequel, he'd opt to make a sequel to the crazy Capcom action-platformer.

Viewtiful Joe first appeared on PS2 and Nintendo Gamecube back in 2004, and has enjoyed a number of sequels including Viewiful Joe 2, Viewtiful Joe Revival, Viewtiful Joe Double Trouble and Viewitful Joe Red Hot Rumble. Given the chance, he'd probably focus on such a sequel after work on Wii U title Project P-100 is completed.

That doesn't mean to say Bayonetta's off the table. Far from it - Kamiya admitted that he often gets together with the producer for the SEGA-published game to talk about a sequel over a beer.