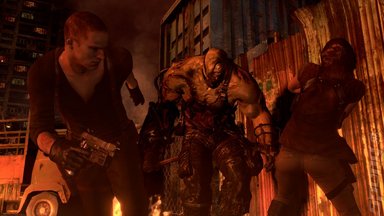 How's this for a clever idea? Capcom's Resident Evil 6 will allow you to leap into other people's games as a mutant beast and attempt to kill them whilst they complete their campaign.

Agent Hunt is a new mode introduced in the upcoming survival horror game, where multiple players can team up and work together to take out a player's main character. Strategies can be formed by way of voice chat. Players running through the campaign will be warned if a human-controlled enemy is nearby, but they won't know which nasty in particular.

The mode will only be available to players once they have completed the game, giving you time to get your head around the campaign without having your day ruined by hounding human-controlled zombies.