Dishonoured will not play itself. 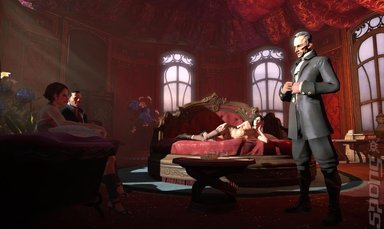 Arkane Studios' Harvey Smith has lamented the state of the first-person shooter genre, declaring that such games can deliver better experiences than the heavily-scripted, "shooting gallery" fare of the industry's blockbuster titles.

Warren Spector - Ken Levine, Clint Hocking - these are three names that Smith has cited as inspirational colleagues, name-dropping games like BioShock, Deus Ex, Thief and Far Cry 2 as works to aspire to.

"They are not first-person shooters; they are first-person games with depth. First-person action games are very immersive; they are from your perspective and they mix simulation, stealth and storytelling," Smith told GamesIndustry.

"We like games that are authored in such a way that they are systems. They aren?t just a shooting gallery with scripted pop-ups for the player. That?s really our goal with Dishonored; to empower the player so the player can play creatively. It requires more on the part of the player; these games don?t play themselves."