Square Enix CEO: Final Fantasy Versus XIII is Not Cancelled

Game quality is very good, apparently. Can we see it, then? 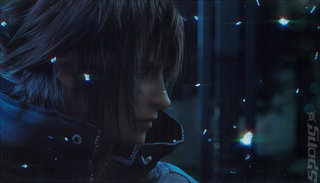 Square Enix CEO Yoichi Wada has declared that Final Fantasy Versus XIII has not been cancelled. The exec debunked rumours that development had been halted and the team behind it folded into other projects.

The game has been in development for over six years with little but a trailer to show for it. Producer Tetsuya Nomura last spoke about the project to a Japanese game magazine earlier this year, promising details "soon" and thanking fans for their patience.

Wada added on his personal Twitter account that he was present in a periodic meeting for Final Fantasy Versus XIII, hinting at some insanely good cityscape design in the process.