We made all the "Batman won't LEGO of #1 Spot" puns weeks ago. 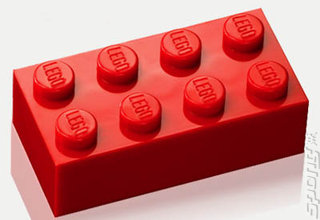 Batman usually gets all the image coverage so here's the CoStar.
The UK video game charts via Gfk via Charttrack in association with UK (but not covering digitally delivered tiles and indie games.... phew) are in and Lego Batman 2: DC Super Heroes? makes it a fourth week at No1 despite a 19% drop in sales.

The most interesting news in the chart today in fact is not that the Top 10 is basically the same but that Namco Bandai's shooty, gravity fighty game Inversion could only fight its way to #50 in the chart. The British public would appear to eschew 'hardcore' titles... or maybe the fact that it lacked huge marketing budget and review scores had something to do with it?

According to Charttrack, this matches the achievement of "FIFA 12 now at No 8 (-23% ) for consecutive weeks at the top of our All Formats Chart for 2012 so far." The charting organisation also points out that:

"Outside the Top 40 there is a debut at No50 for Namco Bandai?s ?Inversion? developed by Saber Interactive for Xbox 360 & Playstation 3. The Sims are also back with new release ?The Sims 3: Diesel Stuff? at No55."