Hitman: Absolution - 17 Minutes of It - Officially

Agent 47 has to fight Cougars 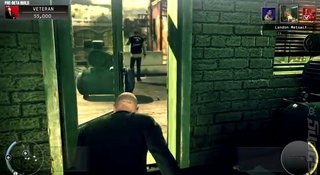 Blimey 17 minutes of a Hitman Absolution level? Before the game is even out? What the actual F! But it's here and in front of your eyes.

The story of Agent 47 has been a long one. In this piece of game play video he has decided to give up all the assassinating and gouging and nose breaking, instead he sets up a smell shop selling magic crystals and whole foods. Years later it all goes horribly wrong as some mung beans... sorry, this doesn't happen at all. What actually happens is...

"Agent 47 needs to kidnap Lenny "the limp" Dexter, who holds the key to the whereabouts of Victoria. 47 swore to protect her as a dying wish to his only friend Diana Burnwood. In order to get to "the limp", the Original Assassin has to take out Lenny's gang The Cougars." Yes, that's right, the Cougars.