Remember where you read it first! 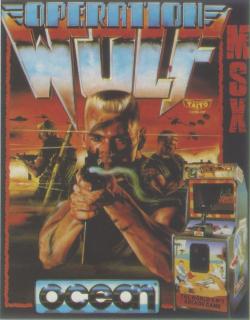 We have received word that Taito of Japan has commissioned the development of a new first-person shooter based on the seminal arcade titles Operation Wolf and Operation Thunderbolt.

While details remain sketchy at this point, rumour is spiraling, intimating that the game will be the first combination lightgun-and-controller controlled title to be released.

The original arcade versions of Op Wolf and Thunderbolt were massive hits, more due to the fact that they came equipped with full-size replica Uzis than their glittering gameplay.

As soon as more is available, we will let you know.
Companies: Taito Corporation
Games: Operation Wolf