Time for Another LEGO MMO 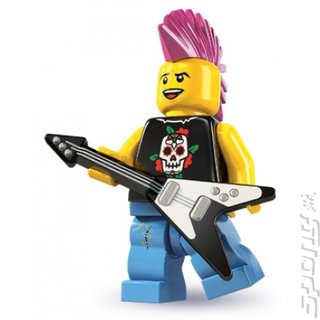 LEGO Universe might not have worked out so well for NetDevil, but that's not stopped Secret World and Age of Conan developer Funcom picking up the baton and taking a pop at a new LEGO MMO.

More specifically, the developer has signed a licensing agreement to create an MMO based on the LEGO Minifigures property. That basically means all the knights, policemen and Mexicans whose heads had been swapped with astronauts' that you used to stick in your LEGO castles and whatnot.

'Accessibility' is the watchword in the announcement, and the game will be tied into the existing minifigures website. Whether that means the game will be free-to-play or not hasn't been made clear, but it seems like a reasonable bet.

LEGO Universe's servers shut down at the end of January after just over a year on the market. LEGO's fortunes have been better in the console space, however, with LEGO Batman 2's current top spot in the UK Charts standing testament to Traveller's Tales' success with the brand.
Companies: Funcom