"We believe the potential for this sequel is far greater as a full-priced, full-length, high quality, connected experience" 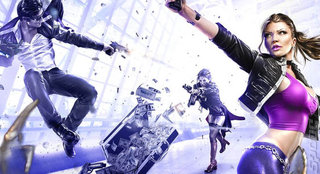 Excepts it's not a bloody Franchise! It's part of a SERIES! Anyway, pedantry at business humour aside, here's what the company says:

Added on to the press release (no we didn't sneak into THQ's HQ and bug the meeting, nor did anybody else) is this: