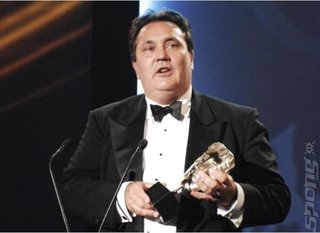 David Yarnton- who has been the general manager at Nintendo UK since September 2003 joins Rob Saunders, Dawn Paine, and Rob Lowe in leaving the regional marketing arm of the Japanese company in the last 18 month Nintendo confirmed today.

Yarnton, an Australian by birth, has "decided to pursue opportunities for a change of career outside Nintendo and therefore will shortly be leaving the company."

MCV received a statement from Ninty today that read:

"Nintendo of Europe announces with regret that David Yarnton has decided to pursue opportunities for a change of career outside Nintendo and therefore will shortly be leaving the company.

"David has had a distinguished career of almost 20 years at Nintendo, first as Sales Director of Nintendo Australia and then, since 2003, as General Manager of Nintendo UK.

"Nintendo wishes him every success in his choice of new career. Mr Shibata, European President of Nintendo, will be working alongside the UK's senior management team and will be actively involved in the running of the UK office until a replacement is announced."

It's not as if Yarnton - should he choose not to return to his native Australia with its sunshine, beaches, reasonable cost of living, more sunshine, and decent coffee - will be at a loose end. His Linkedin profile states that he is already: