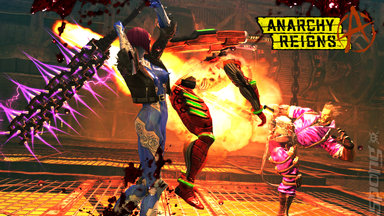 SEGA has finally broken its silence on the status of Platinum Games' multiplayer brawler, Anarchy Reigns. The company has announced that the game has had its release date "re-evaluated" and "expect" to launch the game in Europe and North America in Q1 2013.

The house of Sonic has not had a great time of it this year, with dismal financial results leading to a large-scale re-organisation of its Western operations. A renewed focus on digitally distributed games and its most popular IPs aims to put the Japanese publisher back into profit - as was the Autumn release of both Anarchy Reigns and Aliens: Colonial Marines.

With both of these titles now pushed back into Q1 2013, it remains to be seen if SEGA can fully recover from its financial crippling earlier this year. The period is now a fierce battleground for AAA titles that dare not go up against Call of Duty: Black Ops II this Winter, and offers a small time frame for the company to fully benefit from any success of its games before the end of its current financial year.

The Japanese release of the game, known as Max Anarchy, is still on track for a July 3, 2012 release date.