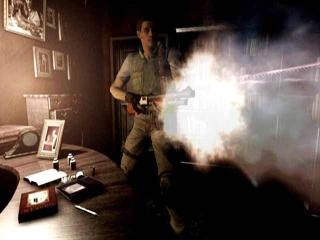 All Images (2) »
News has emerged that Capcom of Japan is almost solely focused on delivering the GameCube versions of the games from the Biohazard or Resident Evil series. The company has been outsourcing an unprecedented amount of development and publishing in recent months, a trend that looks set to continue. It would seem that Capcom is emphasising a great deal of importance regarding the GameCube versions of its seminal horror series.

The company has stated that the first game in the series is about 70% complete and as soon as it is complete, the second and third games will go straight into production. Capcom said that preliminary work on Biohazard/Resident Evil 2 has already begun.

In other news, it is widely rumoured that Capcom’s next game in the acclaimed Vs series of 2D fighting games will be Marvel Vs Capcom 3. This could not be confirmed at time of going to press.