UK Video Game Charts: No One Can Blow the Future Soldier Off 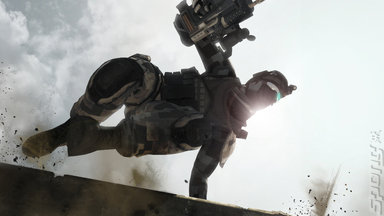 "War! What is it good for?" Well, no, actually not 'Absolutely nothing' as out of touch soul singer Edwin Starr would have you believe; video games. Let's look at the Gfk Chart-Track all formats video game charts shall we?

In the Top Ten alone, Mr Starr, we have: Ghost Recon: Future Soldier, Battlefield 3, Sniper Elite V2, Call of Duty: Modern Warfare 3 and Game of Thrones. That's 50% of the elite tied up with war in some form or another. So, in your face Mr Starr. War sells.

Anyway, Chart-Track points out that:

"It?s a third successive week at No1 for Ubisoft?s ?Tom Clancy?s Ghost Recon: Future Soldier? (-48%). So far in 2012 only two other titles have managed to hold on at No1 for three weeks or more and they are both FIFA games (FIFA 12 with 4 weeks and FIFA Street with 3).