And will go into production soon 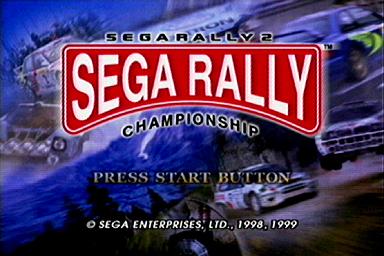 At a press conference in Tokyo yesterday, Sega of Japan spokesman Tadashi Takezaki finally confirmed that the latest in the Sega Rally series will soon become a reality in the arcade and for home systems.

Takezaki stated that the game is in planning and initial development stage over at Sega subsidiary Sega Rosso, and is next on the development team?s agenda once its current title, Kashiramoji D is complete. Sega Rosso?s past projects include NASCAR Arcade, Star Wars Racer Naomi Arcade and Sega Touring Car for Arcade and Saturn.

It is expected that the game will feature on GameCube, Xbox and PlayStation 2.

It was also confirmed that the game would be more akin to a simulation and bear a stronger resemblance, as far as play mechanics are concerned, to the Sega Rally 1995 Championship, not the critically slammed 1998 sequel.
Companies: SEGA
Games: Sega Rally 2 Sega Rally 3 Sega Rally Championship