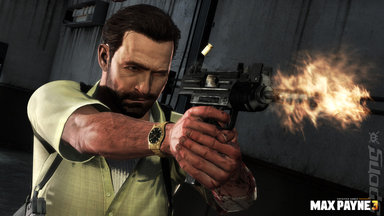 Typical, isn't it? You wait ages for one AAA game to arrive and all of a sudden two come along at once. In last week's clash of the titans, Rockstar's Max Payne 3 went toe-to-toe against Blizzard's Diablo III. The UK Video Game Chart is in, and Rockstar has emerged the victor, marking its first No.1 since L.A. Noire a year ago.

According to data provided by UKIA GfK Chart-Track, Week One sales of Max Payne 3 outsold its predecessor - 2003's Max Payne 2: The Fall of Max Payne - by a ratio of 10-1, and beat Blizzard's fantasy action blockbuster by 8000 units.

But don't feel bad for Diablo III - it's astonishing performance has allowed it to become the 12th fastest-selling PC game of all time in the UK, beating out the last two Football Manager titles. And, bear in mind these charts don't take digital sales into account - a factor that many suspect would have changed the outcome of this Top 10.