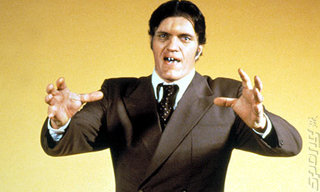 James Bond fans got two surprises this morning. The first was the latest trailer to upcoming Daniel Craig flick, Skyfall, which is looking absolutely stunning. The second was the first trailer to Activision's 007 Legends, which was packed into the same video.

The new espionage shooter, developed by Goldeneye 007: Reloaded studio Eurocom, will feature six missions based on classic scenes from Bond's past. In this initial trailer, the first of these is revealed - Moonraker. Lasers, rockets and spacesuits aplenty are confirmed. As is Jaws. And shooting. Lots and lots of shooting.

Activision also revealed the US release date for 007 Legends - October 16, to coincide nicely with Skyfall's November debut. We'd probably hazard a guess that a similar release date is planned for Europe. After all, British studio working on a British license... Yeah, you're right, we shouldn't get our hopes up.

Watch both trailers below - the 007 Legends one begins at around the 1:20 mark.