Two ways to play... and a boost for Vita 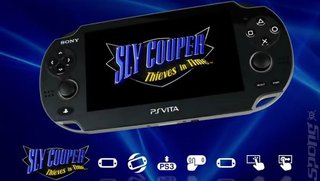 Sanzaru Games has confirmed that Sly Cooper: Thieves in Time will be released on PS3 and Vita simultaneously this autumn of this very year.

What the? Simultaneously? Yes. Were you not reading that just then? The equally exciting thing is also that both versions are identical and were planned to come out together so you can play cloud-saved game on either.

President of Sanzaru, Glen Egan says, ?The game will also feature cross-save capability, so you?ll be able to save the game from either machine and then pick up right where you left off ? whether you?re at home or on the go.?

Glen's also said that Carmelita Fox will be playable.