Free to view, live streaming of Wimbledon, Olympics and F1. 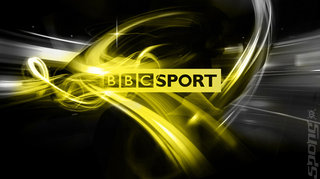 Microsoft's not the only one to expand its on-demand video offering. Sony has announced today a brand new BBC Sport application, which will allow PS3 users to stream live sporting events for free.

According to the press release, the BBC Sport app will be launched "in time for Wimbledon 2012", and offer content that will be "above and beyond" what can already be found on your bog-standard Freeview tellybox. Viewers can choose from a number of events happening simultaneously - which will be a big boon to those wanting to catch up on the Olympics.

Petrol-heads will also like the fact that Formula One racing will be included in the BBC Sport app coverage. Sony is calling this "one of 2012's killer apps for home entertainment" - the company's category development manager for its BRAVIA TVs, which the app will also be made available for, said that it "will provide a substantial amount of additional sporting content that you can’t get through the current broadcasting model."

Now we have an even bigger reason not to go out during the Olympics - it'll all be on our PS3s.
Companies: BBC Sony