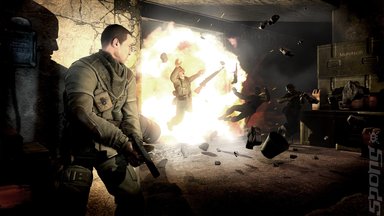 The UK Video Game charts - via good old Gfk Chart-Track are in, and we can all be calm and relaxed because nothing much has changed as the Spring, pre-shows torpor sets in.

"The third week for Activision Blizzard?s [Prototype 2] sees the title dropping from No1 to No2 and now to No4 (-53%), with the rest of the Top 10 remaining stationary except for No10 ? Ubisoft?s ?Assassin?s Creed: Revelations? climbs 5 to nudge past ?Call of Duty: Modern Warfare 3? by less than 100 units to take No10 (+0%). Sony?s PS3 exclusive ?Starhawk? is the lone new entry debuting at No17 (No5 on the PS3 FP Chart) and is the spiritual successor to 2007?s PS3 ?Warhawk? (the Starhawk developer LightBox Interactive is comprised of former members from Incognito Entertainment, the developer of Warhawk). Deep Silver?s ?Back to the Future: The Game? (PS3/Wii/PC) shows up at No38 (+39%) but was actually released last week."