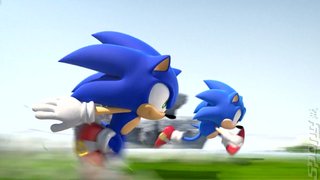 Sonic the Hedgehog fans showed that they were the fastest of them all this past weekend, when an initial wave of 400 tickets to a dedicated Sonic convention ran out in just three minutes.

Organisers of the fan-run and SEGA-sponsored Summer of Sonic convention were said to be "stunned" at the sharp increase of popularity year-on-year. Ticket registrations opened at 12:30 BST on Sunday, and closed at 12:33.

According to comparison data provided by the event's official website, around 700 tickets were 'sold out' in ten hours in 2011, when Sonic co-creator Yuji Naka and Sonic Team head Takashi Iizuka attended to celebrate Sonic's 20th Anniversary.

Summer of Sonic 2012 will be the convention's fifth anniversary, with the already-announced Crush 40 and Sumo Digital joining a number of as-yet unannounced guests. Sonic & All-Stars Racing Transformed will see its first public appearance at the event, for fans to get a hands-on experience ahead of its late 2012 release date.

If you didn't manage to get tickets to the Summer of Sonic event, organisers are assuring that a second wave of tickets will be made available soon. Details on when that batch will be released will be made within the week, it was announced.

Ahmat 13 Jun 2012 04:02
1/1
, I cautiously prcdeit that the final level will be Apotos from Sonic Unleashed, Sand Oasis from Sonic and the Secret of the Rings, or either Water Palace Zone, Coral Cave, or Blizzard Peaks from the Sonic Rush series. These stages are near the beginning of the game, where people remember the stages the most. Additionally, these stages have water features which would allow for the mandatory water level' that appears in virtually every Sonic game. Since photos of the Emerald Coast stage have yet to show either Sonic platforming underwater, it is safe to assume that a water level has yet to come.Alternatively, Chun-Nan Day from Sonic Unleashed, Night Palace from Sonic and the Secret of the Rings, or Dead Line Zone from Sonic Rush could be featured. Just throwing those out there. It's not going to happen, but in another reality it might.As for the Modern' boss, we can expect one of Eggman's inventions so that the boss order follows the console version of classic Machine, monster, modern machine. This boss' identity is still up in the air, so it could be anything from the Egg Nega Wisp from Sonic Colors to Exception (featuring the most epic music ever) from Sonic Rush. I would count out anything from Sonic and the Secret of the Rings due to the fact that Eggman is not in control; the Erazor Djinn would be more of a rival battle seeing as though the character has consciousness above a normal boss. Eggman mechas from Sonic Next Generation are possible excluded due to Silver's role as a rival, but that would cause a contradiction for the Final Hazard hypothesis, so Sonic Next Generation bosses are still a slim possibility. The machines from Sonic Unleashed have an equally slim chance due to the Egg Dragoon's inclusion in the console version of the game, but once again, almost anything is still possible at this point.This is all pure speculation but hopefully at least part of my prcdeition will come true. I had an inkling Radical Highway would appear, and lo, it did. Now, say it with me Chun-Nan Day and Exception!
Posting of new comments is now locked for this page.