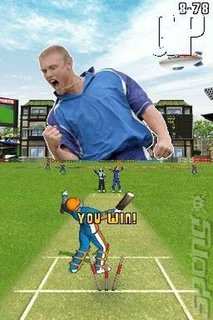 Some headlines you wait for years to write: "Unconscious Nintendo Boss Saved by Flintoff" is such as headline. Thankfully Ninty UK boss David Yarnton has lived to tell (and retell) the tale of how his charity cycle ride played out...

According to the Daily Mirror, "Freddie had just started riding the 1,785 miles from the site of the original Olympic Games in Greece to London?s Olympic Stadium when David Yarnton suddenly toppled from his bike, overcome by the sweltering conditions.

"The ex-England all-rounder performed emergency first aid and put David in the recovery position, staying with him until an ambulance took him to hospital."

A friend of the great English cricketer pointed out that, ?David was out cold and in a bad way. It?s no exaggeration to say that Freddie probably saved his life.?

Well done to all concerned.