Bayonetta Creator: Keep an Eye on Next Week's Game Magazines 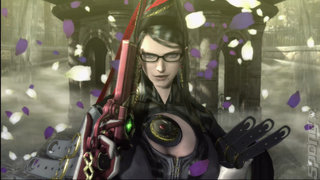 Bayonetta and Devil May Cry creator Hideki Kamiya has told fans to keep a close eye on next week's Japanese gaming magazines, in response to questions about the status of Bayonetta 2.

Yesterday, SPOnG was informed by a source with knowledge of SEGA's activity that a sequel to the witchy action game was indeed planned, but had "the plug pulled" as a result of the company's ongoing restructure. We had labeled the story as a rumour.

The charismatic Platinum Games developer, known for being quite direct in interviews and towards fans on Twitter, would not comment on the story when asked by followers, informing them to direct their queries to SEGA. He later responded to one particular fan with the words, "Next week's game magazines..."

It could well be that the mystery surrounding this high-in-demand sequel will soon be revealed. We'll just stand here and keep an eye on that magazine shelf with you. We can even hold hands if you like? No? Too far? Oh, alright then.

UPDATE: Keen-eyed readers have pointed out that Kamiya is quite well-known for his 'Pranquish' ways on Twitter, with the 'magazine' comment a regular joke he likes to play on his followers. He was last seen doing it about Bayonetta 2 some eight months ago. Who can you believe? What is real? Who is the President? Time will reveal all these things, we'd wager.
Companies: Platinum
People: Hideki Kamiya
Games: Bayonetta Bayonetta 2