Looking back on 50 years of Bond. 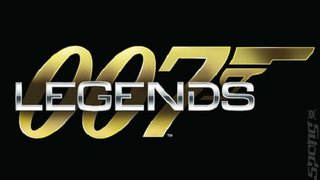 Activision hasn't given up on the James Bond franchise yet. To coincide with the 50th Anniversary of the spy franchise and the launch of upcoming flick Skyfall, the publisher will release 007 Legends, a game that aims to tie together some of the best moments from Bond history.

Due for a release on Xbox 360 and PlayStation 3 this autumn, 007 Legends will thread six classic films together via "an original, overarching storyline," which concludes with the story of Skyfall. It's being developed by Eurocom, the studio behind 2010's Goldeneye 007 for Wii and the recent HD update, Reloaded.

The Mi6 Missions from Reloaded make a return, in the form of classic scenes from various Bond films - with players not only playing the role of 007, but also as his sidekicks and villains throughout the years, adding some new perspectives to the mix. You can expect four-player multiplayer and online modes as well.