Miyamoto Eyeing Up Link to the Past Follow-Up

New F-Zero a possibility for Wii U 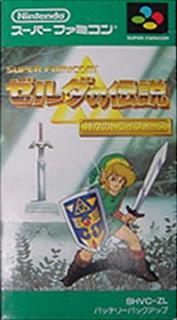 Shigeru Miyamoto has said that he would like to make a brand-spanking-new game following on from 1991's A Link to the Past.

He's previously said that the game, which he produced, would be a strong candidate for a 3DS port. Asked if it's still a front runner by Edge, however, he said, "I think the answer would be the same if we're talking about just porting, but I think I'd be even more interested in creating something new maybe based on, or starting from, A Link To The Past. I think it's important to bring some really new software."

Miyamoto noted, however, that with his new back seat at Nintendo it might not be possible for such a game to go ahead. He said that there are some directors at the company who he would trust to create a brand new title, while others he's "not so 100 per cent confident [in]" and would prefer to just do a remake.

Miyamoto was also asked about the possibility of a new F-Zero title. "I think at the time it was a really big surprise, a new thing, a product that made sense," he said. "I don't see with current hardware how you could create a similar surprise.

"But maybe with future hardware, with Wii U coming up, maybe we could create something that does make sense, either as a smaller game, or a fully fledged title."

There's a thumb tease, if ever we saw one...
Companies: Nintendo
Games: F-Zero The Legend of Zelda: A Link to the Past