Extra bang for your episodic buck. 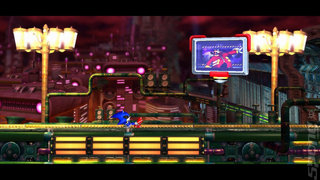 A date has been set for the next chapter of episodic mascot platformer Sonic the Hedgehog 4: Episode II. Well, several dates actually - the game will hit Xbox 360 and PlayStation 3 first on May 15 and 16 respectively.

iOS and PC versions will follow shortly after, in the same month, while Android users will be able to get the game in June. Windows Phone users will finally get a chance to play it in July. SEGA released a trailer for the action-packed sequel, which sees Sonic teaming up with Tails and using combo moves. You can watch it below.

In addition to the release date, SEGA also announced that owners of both Episode 1 and 2 will have access to a bonus 'episode' featuring Metal Sonic. The shiny doppelgänger will be unlocked as a playable in stages past and present.