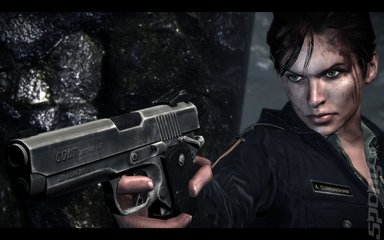 Horror games cannot survive on "clunky combat" and "shoddy gameplay," says Silent Hill: Downpour's associate producer Tomm Hulett. He believes that the genre is in a state of crisis, and that developers have to pick up the slack if they want scary games to succeed.

"I think the genre was lucky, to an extent, when it started out. A lot of horror elements ?clicked? such as clunky combat, confusing cameras, and so on," he told MCV Pacific. "However, shoddy gameplay can?t be a feature forever, and so everyone fixed the combat ? resulting in action games with creepier monsters. If horror games are going to be ?scary? in the future, it?s going to take careful game design to do it."

Capcom has previously declared that action-based gameplay is the future of survival horror games. Hulett explained that Vatra Games, the studio behind Silent Hill: Downpour, tried a different approach.

"While many other games have gone the route of more action oriented game design, attempting to appeal to more mainstream audiences, we?ve taken a very careful approach to the pacing of Downpour to make sure it maintains that original ?slow-burn? and keeping the player off guard with less predictability.

"If you have tense, frightening gameplay happening naturally, and then some carefully orchestrated designed-scares, you would have a very memorable horror game," he said.

emma 4 Apr 2012 17:06
2/3
i didnt mind the gameplay, i thought downpour was a great and well done game. ok the graphics probly could be better but i really like it, it actully fealt like silent hill in comparison to silent hill origins and homcoming.

Rocky20 6 Apr 2012 22:48
3/3
I think that Downpour has the worst gameplay in the Silent Hill Series. I think that producers should create a remake when they can use a better gameplay for example Homecoming. Downpour has original terror elements and I felt the classic games in Downpour, but the great mistake was the gameplay, it is very boring and frustrating. I think that Homecoming had the best gameplay in Silent Hill Series, it was great. If producers use the gameplay of Homecoming more the terror elements of Downpour, it will be a great game.
Posting of new comments is now locked for this page.