Rebellion: Sniper Elite V2 Can Bring Us Back to Greatness

Acknowledges that it hasn't had the best track record lately. 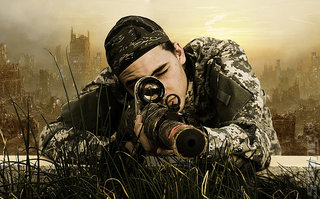 Aliens vs Predator developer Rebellion knows that its recent games haven't exactly been critically acclaimed. But with the upcoming Sniper Elite V2, the studio's CEO Jason Kingsley thinks that it can turn its fortunes around.

"[Our] output has not been as good as I?d like it to be," laments Kingsley in an interview with Gamerzines. "We?ve worked very hard on Sniper Elite [V2] to get the greatness back. We?ll see what people think.

"I think we?ve made a very, very good game indeed. I hope it reviews very highly. We?ll see what people think, but fingers crossed we?re back to greatness. Hopefully we can put the past behind us and talk about our difficult years when we?re doing a retrospective, and move on and talk about the future."

Part of the expected success with Sniper Elite V2 comes from the unique perspective the game will offer, when the war shooter genre is already filled with 'me too' experiences. "In many games you just squirt lots of lead everywhere, and that?s fine, that?s entertaining, but a sniper rifle is a very precise killing tool," Kingsley explained.

"You can?t simulate the kick and the smell, or the fact that you?re holding a real weapon. You can get quite close and that?s part of the thinking behind the killcam, to emphasise the seriousness of taking a shot."

Rebellion confirmed that a number of developers that worked on the original Sniper Elite game is on board with work on V2.