You saw it here first! 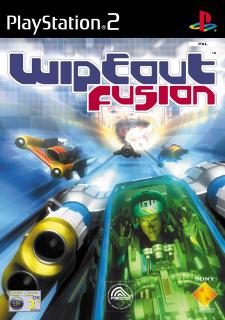 Following some of the worst delays to be seen outside of SquareSoft’s release schedule, it would appear that Sony is gearing up for the launch of the title as planned. We have been sent the finalised European packshot for the game, the first time it’s been seen anywhere.

The look of the packaging, as you can see, has a somewhat old-skool chic about it, which we like a lot. It harks back to the days when space shooters were all the rage, and every pack design competed to show the most impressive futuristic 80’s depiction of what was contained therein.

wipEout had a long way to go the last time we saw it running. It was glitchy and didn’t do justice to the development time it had enjoyed. We are, you will be pleased to hear, assured by Sony that these issues have been resolved, and the new release date of February 29, 2002 will stand.
Companies: Sony
Games: Wipeout Fusion