I Am Alive Dated for PSN 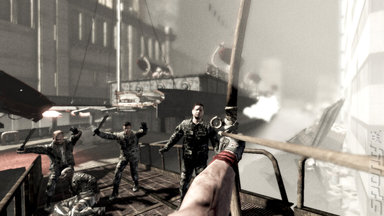 Ubisoft's post-apocalyptic survival horror, I Am Alive, will soon break free from its brief bout of Xbox 360 exclusivity and land on PlayStation Network in early April.

The publisher confirmed that US gamers will get to enjoy the digitally-distributed game on 3rd April. It will arrive a day later in Europe, on the 4th April. It will cost $14.99 on PSN, matching that of the XBLA launch earlier this month.

I Am Alive is a rather curious title about one man's isolation in a disaster-struck city, and the necessity to survive it. Keeping rations, salvaging equipment and dealing with raiders is just about the least of your worries in this adventure title.

Take a read of our review of the game here.
Companies: Ubisoft
Games: I Am Alive