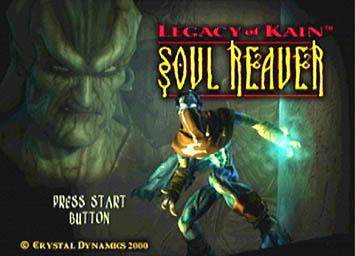 It seems that Tomb Raider isn't the only Square Enix/Eidos IP that Crystal Dynamics is willing to reboot for a modern audience. According to secret-squirrel sources at VG247, the US studio is working on a brand new Legacy of Kain: Soul Reaver game.

Among the scant details offered in the report, the game will be a "full reworking of the vampire action classic" and will feature a new art direction. It was apparently slated for a reveal at E3 this year but this is reported to be false. No mention of series protagonists Raziel and Kain were made, so their involvement remains unclear.

Legacy of Kain: Soul Reaver was released on PS1 and PC back in 1999, and on Dreamcast in 2000. It was a pretty special action-adventure game for the time, with a striking art direction and inventive gameplay elements that made it feel a world away from anything else on the market. So successful was Raziel's first adventure that a direct sequel was later developed in 2001.

The series hasn't been touched since Legacy of Kain: Defiance in 2003. And sadly, it was released without much fanfare. If the rumours are true, it's time to get excited once again.