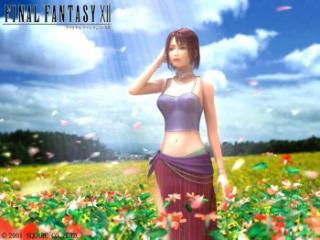 Several sites have posted this picture claiming it to be from the in-development SquareSoft RPG Final Fantasy XII. Though little is known on the game at this point, it is widely believed to be an offline RPG with online functionality.

This picture bears a striking resemblance to the look and feel of a press screenshot from the FMV in Final Fantasy VIII.

As soon as we can ascertain whether or not the screen is real, and if we determine whether it?s FMV or not, we?ll let you know.