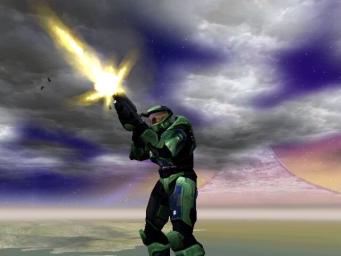 Another high-profile developer hops over to the mobile gaming sector! Oh no! This time, it's Bungie co-founder Alex Seropion, but don't panic. He's not going to be making any casual finger-flick games. He's on a mission. A mission to make mobile games for core gamers.

His new studio, Industrial Toys, aims to push for hardcore experiences. The company's Facebook page (via Gamasutra) reads, "We believe in the future of mobile. No more excuses for inferior game play, graphics, and idle time-wasters with cute names and elementary mechanics. We believe in the audience of core gamers who are waiting, demanding respect.

"And we're prepared to over deliver with something they've never seen in the world of mobile - artistically-envisioned high-quality production, intricately advanced layers of narrative and gameplay in a free-to-play model designed to inspire rather than exploit."
Companies: Bungie