Exclusive: Sony Admits It's Not Been Easy to Develop for PS3 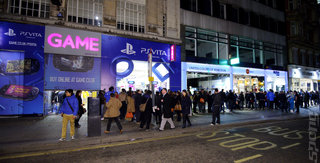 All Images (2) »
Sony has provided some context as to why it went to great pains to make the PlayStation Vita so developer-friendly - because it's not been so easy to develop for the PlayStation 3.

VP and managing director for SCEE, Fergal Gara, told SPOnG that it had learned from the creation of the PS3 when it came to designing the innards of its latest handheld device. "It's been seen as very important that it?s easy to develop for PlayStation Vita, and that we haven?t made those hurdles for developers excessively high.

"It?s not been particularly easy, I understand, to develop for PlayStation 3," the exec admitted. "It took a good deal of time to get our heads around it. So making [the Vita] easy [to develop for] is very important for encouraging that creativity, and not having anything block that creative spark."

When it comes to promoting the Vita over the months following its initial launch, Gara was confident in the company's marketing plans. "Software is the key tool. I'd point to two things. First is to ensure a continuous strength of software. Just to pick a few games that we can talk about already, we have Resistance: Burning Skies, and LittleBigPlanet coming in the middle of the year, and then at the end of the year we?re going to see some of the massive third party titles come to Vita, whether that be FIFA 13, Call of Duty or Assassin?s Creed.

"The other big story that we need to explain more and bring across in marketing, is whole idea of cross-play," Gara added. "It's quite a complicated concept because it means many different things, and it will ultimately mean different things to different games. But therein lies a route to fantastic and compelling gameplay."
Companies: SCEE