Darkness also falls across all formats and all prices 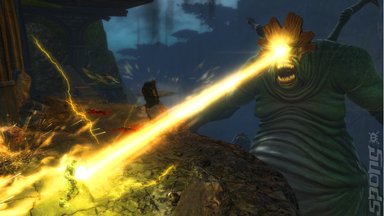 The UK all-formats and all prices video games charts courtesy of Chart-Track are in for the second week of what was looking like a bit of drab February 2012. A new developer - 38 Studios - backed by Electronic Arts pitches in with an RPG at the #1 spot.

Chart-Track points out that Kingdoms of Amalur: Reckoning is the first new IP to top the UK charts since zombie-fest Dead Island in September last year. More astonishing is that fact that Pokémon Red was the most recent new RPG IP to hit #1... in 1998.

So, EA's RPG manages to keep 2K Games' horror-up, The Darkness II off the top as the other new entry into the Top 10. Also notable is the fact that critically lauded Catherine from Deep Silver can only make its first appearance at #20.