Our interview brings up a touching tribute 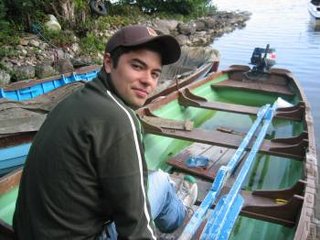 Svend has been out and about looking at EA's line-up and this includes the return of FIFA Street. As well as discovering more about the influence of Street Fighter on the title, we were also told about one very special court.

Frankly, the story gives something of a lie to the 'big faceless corporation' stories that pervade a lot of coverage of the big faceless corporations that are making video games. Rather than - as you might see in a film - a quick "Thanks to Justin Chan" line appearing in the credits, well let's let Gary Paterson, Creative Director, EA Sports for FIFA Street, give you the story.

SPOnG: I?ve noticed there?s one FIFA Street Arena called the Justin Chan Memorial. Who is that?

Gary Paterson: It?s a bit of a sad story, actually, that?s why it?s called the Memorial. Justin Chan, in the... obviously it took five years for us to finish the FIFA vision, and Justin Chan was an animation engineer. Really great and funny guy, always laughing and smiling. He was an ex-software engineer, and very influential in creating the gameplay on FIFA.
Sadly he died last year, very bravely trying to save one of his friends. And so we felt it was right for us to remember Justin. That?s why that environment?s in the game, and hopefully... hopefully he sees it [smiles].