Hironobu Sakaguchi to Present The Last Story at BAFTA

Fans can come and pick his brains about game design. 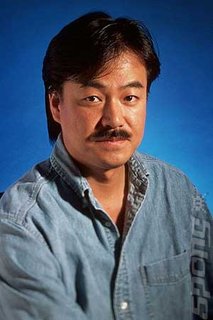 Have you ever wanted to be in the same room as the creator of Final Fantasy? Of course you have. You always have, even if you say you haven't. And now you have a chance to realise that dream, as Hironobu Sakaguchi will be hosting a special evening at BAFTA to discuss his Nintendo Wii epic, The Last Story.

During the talk, Sakaguchi will also discuss his career as the creator of some of the most critically-acclaimed role playing games ever made, as well as a surprising departure into film. And of course, The Last Story will be detailed. A question and answer discussion will allow fans to get inside his head and learn about his approach to game design.

The event takes place on Thursday 16th February at 7pm at BAFTA's 195 Piccadilly venue, and is open to members of the public - so fans will need to get their tickets now before it's all sold out. Tickets are Ł5 and can be purchased from the BAFTA website.

And if you're unlucky this time, or can't make it, know that Sakaguchi will also be travelling to the MCM Midlands Comic Con on Saturday 18th February.
Companies: BAFTA Nintendo
People: Hironobu Sakaguchi
Games: The Last Story