Just with somebody else. 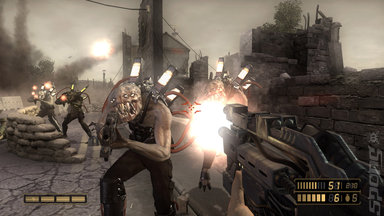 When Ted Price said in a recent interview that Insomniac wasn't going to make any more Resistance games, it was implied that the shooter series was finished. Not so, says the studio's CEO Ted Price, who performs a bit of a backtrot on the situation in a video message to fans.

Even though Insomniac is working on Overstrike and is looking toward social games, "it doesn?t mean the Resistance franchise isn?t continuing," Price declared. "It?s already in the capable hands of Nihilistic and with Sony?s shepherding it will continue to live on and expand. We?re excited, as fanboys, to see where it goes."

Can you be fanboys of your own creation? Is that a little bit weird? Who knows. Price continued that the reason it decided to stop working on the Resistance series itself was because it felt like it had told the story that it had wanted to. Nihilistic, we imagine, is going to want to tell a whole new story. Can't wait.

Watch the video below.