Campaign to get video game music in the spotlight 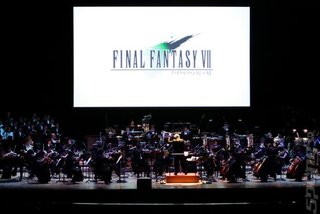 An online campaign on Facebook is attempting to bring video game compositions to the forefront of the orchestral music scene. How? By pushing for Nonuo Uematsu's "Aerith's Theme" from Final Fantasy VII to feature in Classic FM's 2012 Hall of Fame.

"Every year this run down of the 300 greatest pieces of classical music features amazing compositions from the greatest composers in history along with fantastic movie scores, BUT, to my knowledge it?s never featured any orchestral tracks from video games," reads the Facebook campaign. "This MUST change!"

Voting is officially open on the Classic FM website, here. It closes on the 29th February, and while any piece of computer game music is encouraged, the campaign is suggesting a concerted effort to block vote for the Final Fantasy VII track. As there are no video games logged in the Classic FM database, voters will need to enter the composer and the name of the piece manually.

Richard Jacques was one of the first video game composers to secure a budget to record a game soundtrack with a live symphony orchestra, for Sega Dreamcast action title Headhunter. Today, many video games are accompanied with orchestral soundtracks - and events such as Nintendo's Legend of Zelda Symphony and Square Enix's Distant Worlds allowing fans to enjoy such music.
Companies: Square Enix
Games: Final Fantasy VII