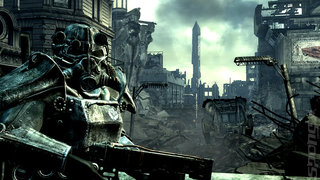 The long-drawn out legal tussle over the Fallout franchise is over. Bethesda Softworks has announced that it had reached a settlement with former IP owner Interplay over the rights to develop a Fallout MMO.

Bethesda declared in a press release that it had the rights "restored" and that all Fallout intellectual property is now under exclusive ownership of Bethesda.

The press release explains that, "Bethesda maintained in its complaint that Interplay had failed to meet the conditions" for the trademark rights that were licensed to Interplay back in 2007, and that "the license was therefore of no continuing validity."

In 2007, Bethesda had acquired all Fallout intellectual property from Interplay, but "conditionally licensed back to Interplay certain trademark rights to make a Fallout MMO, provided Interplay secured $30 million in financing for the MMO and commenced full scale development of the game by April 2009," reads the press release.

Bethesda later alleged that Interplay failed to meet those conditions and refused to give the license back. The Elder Scrolls developer and publisher sought to declare that license as void, but it seems that's no longer necessary with the settlement between the two parties.

Maybe now Bethesda will finally be able to announce the Fallout MMO that it has obviously been working on all this time... what!? Someone was going to say it. Might as well be me.
Companies: Bethesda Interplay