Sales slump across the board. 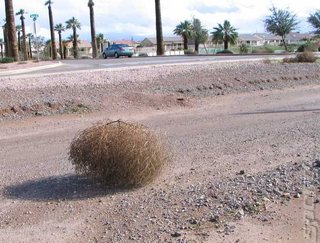 Imagine, if you will, a couple of middle-aged men lazily sitting on a porch in the Southern states of the USA. Maybe holding shotguns. "Wha's happening, Earl?" says one. "Nothin' much, Jeb," says the other. "...FIFA still top o' the charts?" "..... Yeeeeaaaaaaap." This is what the UK Chart is like, because bugger all's happening out here or yonder.

Yep, FIFA 12 is still at the top of the software chart, despite a whopping 63% drop in sales. Despite seeing the same 63% drop on its previous week's sales, EA's Battlefield 3 has hopped ahead of Activision's Modern Warfare 3, which is down 76% in unit sales.

There are a couple of Top 10 re-entries in RAGE (#9 from #12) and Zumba Fitness (#19 to #6). Other fitness titles perform better this week, including Zumba Fitness 2 at #12, EA Sports Active 2 at #37 and Wii Fit Plus re-entering the Top 40 at #27. But besides that and a shuffle or two we're not looking at much action round these parts.

Some big games are due for release very soon in this action-packed first quarter. For now though, we'll just keep looking at imaginary tumbleweed. Top 10 in full below.